Home / News / What is the nature of soft capsules?

What is the nature of soft capsules?

The components in the soft capsule shell are roughly similar to those in the hard capsule shell. The composition of the capsule shell mainly includes four types of materials: rubber, plasticizer, water, and additives. In addition to meeting the requirements of the Pharmacopoeia, the quality of gelatin should also meet the requirements of gel strength (freezing power) and viscosity. For example, the freezing power is 150～2500, and the viscosity is 25～45mpa.s (centipoise), which is suitable for drugs with strong hygroscopicity. It is advisable to use gelatin with high freezing power and low strength. Titanium dioxide is used as the masking agent, and its dosage is 2-12g per kg gelatin. Flavoring agents such as 5% sucrose can be added to increase sweetness, chew and adjust hardness. The preservative uses a mixture of methyl p-hydroxybenzoate (1.6%) and propyl p-hydroxybenzoate (0.04%). The shell contains a certain amount of water, and the general finished product is 6% to 13%.

Soft capsules can be filled with various oils or liquid drugs or suspensions that have no dissolving effect on gelatin, or solid drugs. The filled liquid contents can be divided into three categories:

1) Volatile or non-volatile liquids that are immiscible with water, such as vegetable oils or aromatic oils.

2) Non-volatile liquids that are miscible with water such as polyethylene glycol and non-ionic surfactants.

3) Compatible with water and low volatile compounds such as glycerin, propylene glycol and isopropanol.
Usually the drug may absorb water, which will often cause the water in the soft capsule shell to change. If the drug is hydrophilic, the drug should be kept at 5% water. Oils are generally used as the drug's solvent or suspension medium, and filled with oil. Although the soft capsule has no moisture, moisture or moisture in the capsule shell can penetrate the capsule wall and enter it. If the drug is hydrophilic, 3% moisture should also be retained. The liquid medicine contains more than 50% water or contains low molecular weight and water-miscible volatile solvents such as ethanol, acetone, amines, acids and esters, etc., which can soften or dissolve soft capsules, so it is not suitable to make soft capsules ; When filling liquid medicines, the pH should be controlled between 2.5 and 7.5, otherwise the soft capsules may leak due to the acid hydrolysis of gelatin during storage. Strong alkaline can denature the gelatin and affect the solubility of the soft capsules. The iron content in raw gelatin should not exceed 0.0015% to avoid deterioration of iron-sensitive drugs. 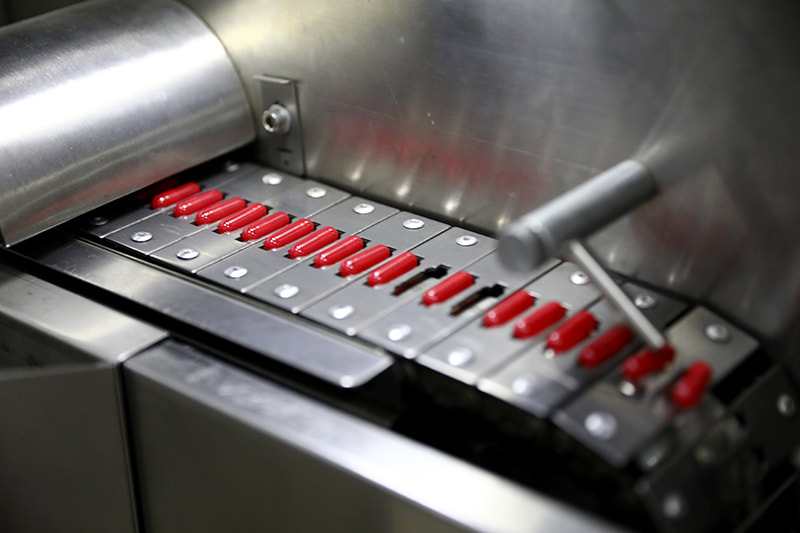 0
PREV: What is the difference between hard capsules and soft capsules?
NEXT: How to distinguish the capsule shell?
Contact Us